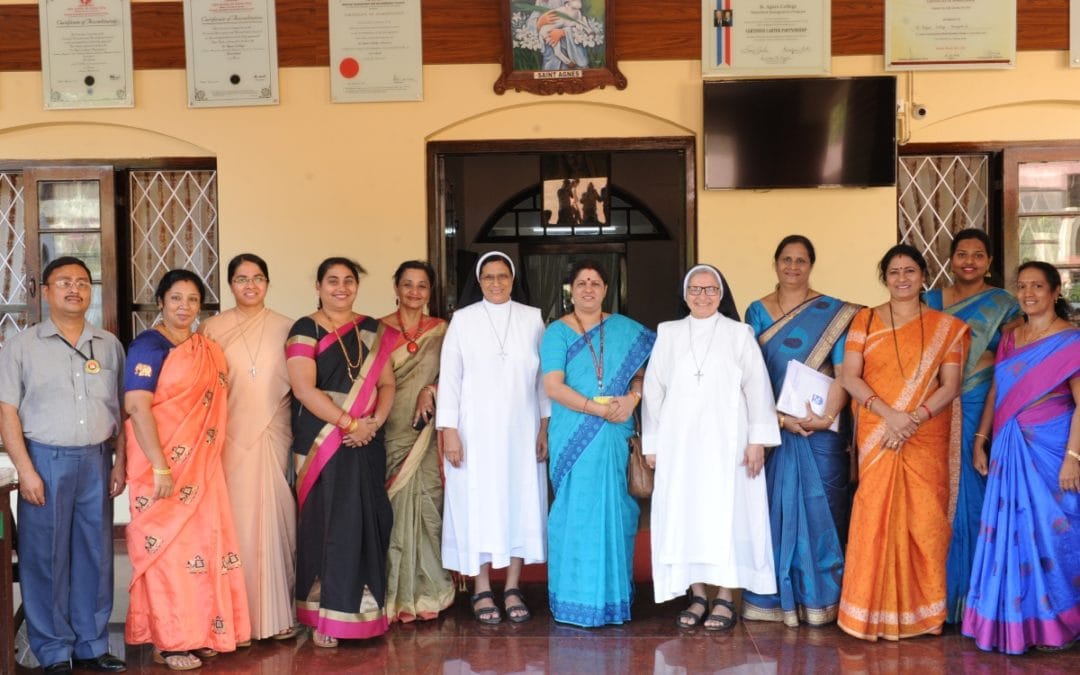 Mrs Shyamala Kundar, Hon’ble Member, National Commission for Women, New Delhi was the Inaugurator. Madam addressed the gathering by highlighting “Both Men and Women are like 2 wheels and both the wheels should go together” and she also spoke about the various opportunities available to ladies in Dakshina Kannada District and also guided everyone to make the best use of those opportunities as and when it arises.
The Inaugurators address was followed by the felicitating the Mrs Shyamala Kundar.
Sr Dr Jeswina A C, Principal, St. Agnes College, Mangaluru delivered the Presidential address where she spoke about Unity in Diversity and she also told that “Desires of both men and women should be traded equally”.

The first session was addressed by Ms. Meena Kumari K, Counselor and Life Skills Educator, Pavana, Sullia on the topic ‘Introduction to Human Rights’. The session began at 10:30 am with the brief introduction human rights. Ms. Meena Kumari presented the quote said by Nelson Mandela and explained the importance of human right laws in our country. With the power point presentation she clearly gave the inputs on various articles and sections included in the human right law. She explained the role and significance of peace and happiness, non-discrimination about religion language, gender and racism. The speaker also included two videos in the session which gave a message of being kind towards others, tolerate each other, allow others to enjoy the rights and avoid cruelty.

The second session was addressed by Dr Shalip A.P, Associate Professor& HOD, Department of Political Science, SDM College, Ujire on the topic ‘Rights of Women and Children’ madam began her speech by quoting “We cannot change the world, but the classroom and a mother can change the world”. She states that the Rights is just having freedom to do and the support should come from the state and the parliament. Human Rights is a basic freedom in which every person should enjoy their rights. The rights of women play a vital role in the world.

There are some aspects where one person should know that women are human beings.

1.Women have specific needs and facilities
2.Women consists of 50% of the population in this world

The Universal Declaration of Human Rights and the Constitution of India protects the human rights. The rights are violated when it is denied or ignored. Some of the crimes were performed against women in the past years that is Devadasi system, Jauhar, Purdah, Sati, Foot bending and Corset. The crimes faced by the women in the present times are status of women worldwide, women as workers, women and education, power position, economic status. The National Family Health Survey states that 60% women are facing anaemia. The abuse of women is the biggest human rights violation in India. Some of the challenges faced by the women are forced marriage, dowry, rape, domestic violence, compensatory marriage, forced prostitution, human trafficking, honor killing, mistreatment of widows, genital mutilation etc.

The session 3 was addressed by Ms. Merlin Martis, Director(DEEDS) Mangaluru on the topic “Human Rights Institutions of India”. Ms Merlyn Martis introduced the topic by speaking about how every person has the right to live with dignity and how God has given this right which no Individual is allowed to violate. She also spoke about the United Nations and how Human Rights is connected to it. Madam also gave then gave a bird’s eye view about the government and privates bodies of Human Rights in India and various Human Rights Commission for women, children, minorities, SC & ST.
The session 4 was addressed by Mr Maheshchandra Nayak, HOD of the SDM Law College on the topic “Human Rights Vulnerable Groups. Sir spoke about the Rights of children highlighting the darker side faced by the children in the form of “raging and child labour”. He also spoke about how adopted children are molested when compare to biological children. He also enlightened us about how rights of children is taken away by forcing them to participate in protests as well as reality shows and also various rights such as Right to freedom, trade business occupation, Right to life and liberty Article 21 and Right to education article 21A along with these rights, he also enlightened 30 various rights, which mainly focuses on justice, liberty and security of person, and so on. He also mentioned in this generation, the view on the age of permanent commitments, live-in relationship is decided by the court according to the Domestic Violence Act and the individual facts of the case by this the session came to an end.

The programme concluded with the Valedictory. Sr. Dr. Vinora A C, Coordinator of St. Agnes Centre for Post Graduate Studies and Research was the chief guest of the programme. Sr. Dr. Vinora A C, addressed the gathering by highlighting “Absolute fundamental rights is inherent in all human beings irrespective of age, gender, status, colour etc.” and she also spoke about how human rights are attacked by power and money in the present environment. The address was followed with the feedback of delegates. Sr. Dr. Vinora A C and Dr. Catherine Nirmala distributed the certificates to the delegates of different colleges and institutions. The valedictory programme concluded with Vote of Thanks and the singing of National Anthem. 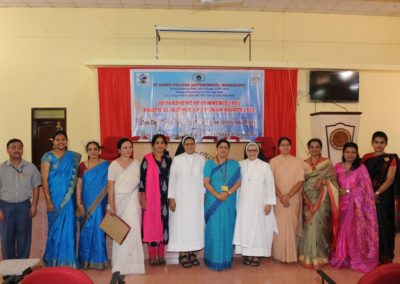 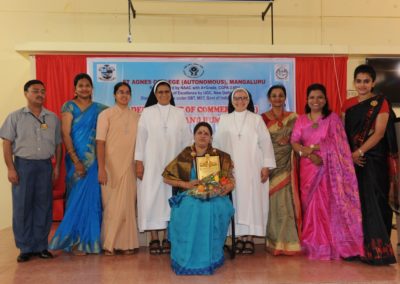 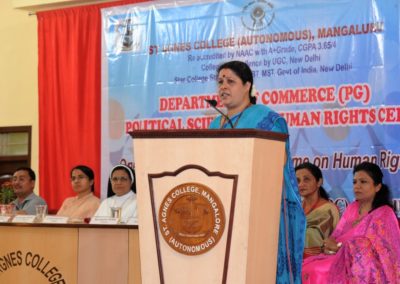 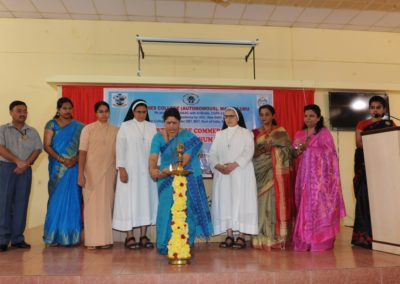 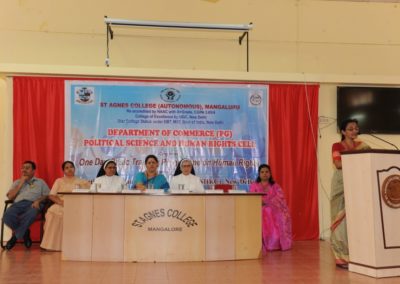 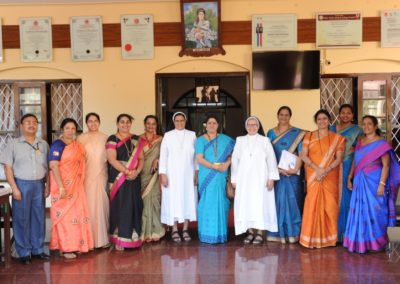 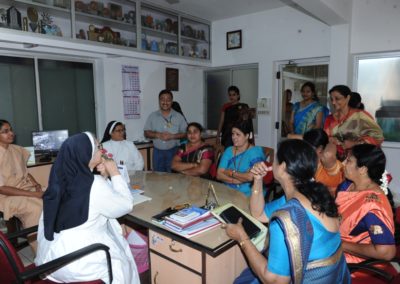