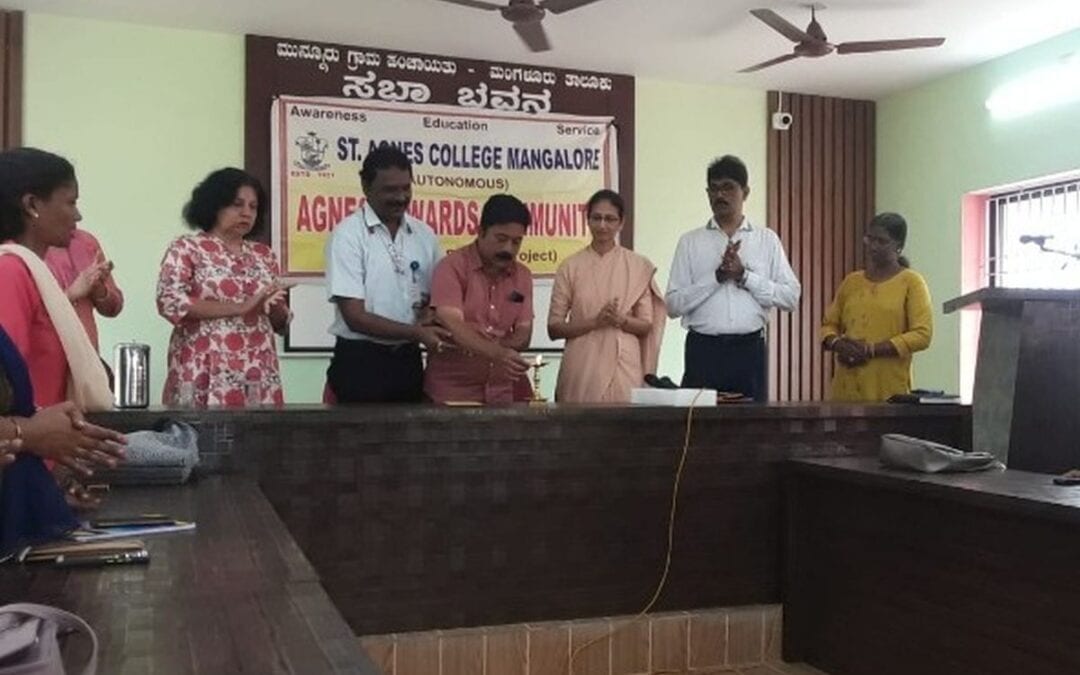 St Agnes College (Autonomous), Mangaluru in association with a non-governmental organisation “Empower Her” organised a training workshop on Wire Bag Making for the women of Sneha Sanjeevini Okkoota, Munnur Gram Panchayath on 11 September, 2022 as an extension activity of the college under the banner ‘Agnes Towards Community.’ This village was adopted by St Agnes College as per the guidelines of Unnath Bharath Abhiyan of the Govt. of India. The training was held in the Samudaya Bhavana of Munnur Gram Panchayath. More than 25 local women learnt the skill of weaving wire bags during the workshop.

The program began with invocation to God by the student volunteers and the dignitaries inaugurated it by lighting the traditional lamp.

Mr. Wilfred D’Souza, President, Munnur Gram Panchayath was the chief guest of the inaugural program. He encouraged the women participants to learn new skills to be economically independent in life and wished success in this endeavour of the college.

Sr Dr M Venissa A.C., the Principal of the college in her presidential address emphasised the need of skill enhancement for gainful employment and added that large number of women should come forward to benefit from such training workshops.

Mrs. Harina J Rao, Chairperson, DSIA, Women’s Wing, Yeyyadi, Mangalore was the resource person for the workshop. She was assisted by Mrs. Shanthi for imparting training to women.

Dr Udaya Kumar B, Co-ordinator of Agnes Towards Community Project of the College welcomed the gathering, introduced the guests and proposed vote of thanks.

Ms. Lavanya, Ms. Hezita, Ms. Iral Buena and Ms. Preethi were the student volunteers of the college who assisted in the workshop. 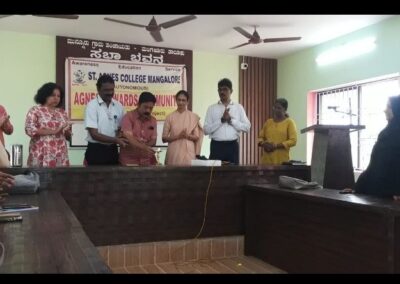 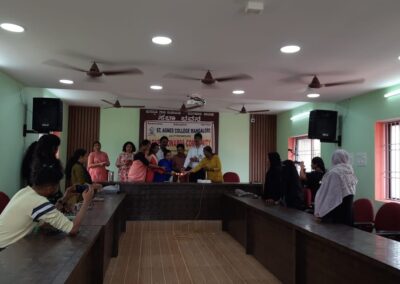 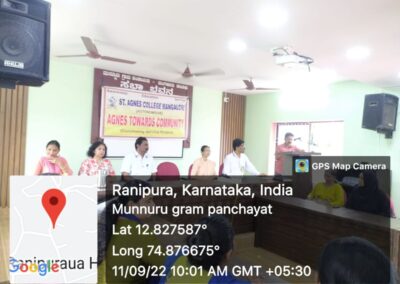 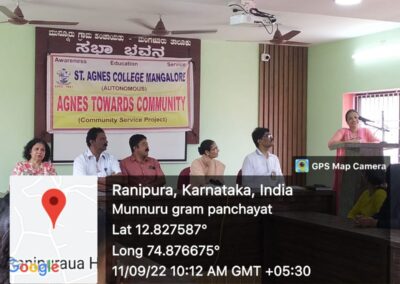 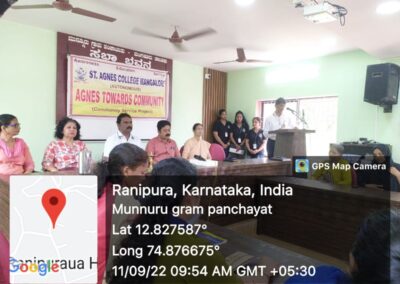 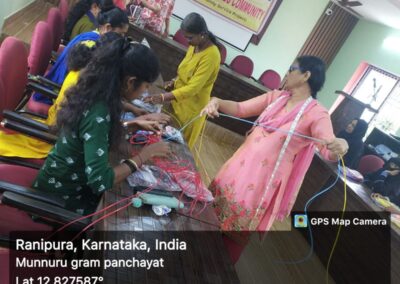 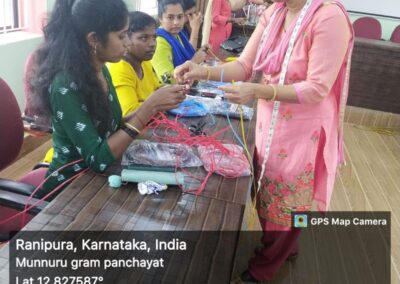