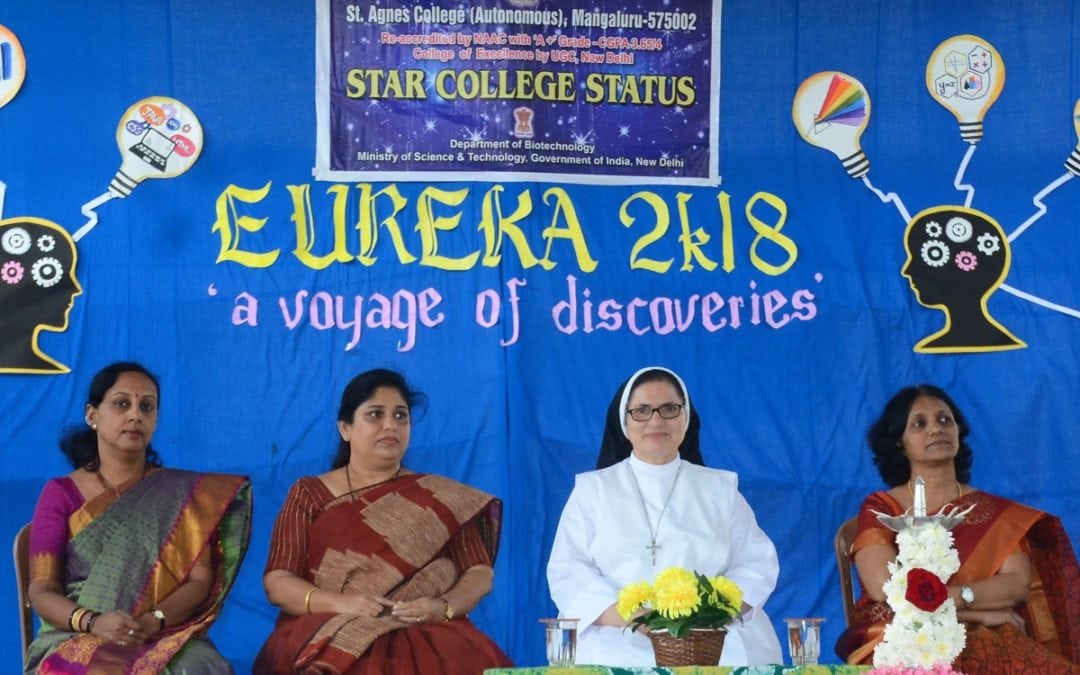 The Science departments of St Agnes College(Autonomous) ,organised an intra departmental fest “EUREKA 2K18 – A VOYAGE OF DISCOVERIES” under star college scheme on 27th November 2018. The fest was inaugurated by the chief guest Sr Dr M. Jeswina A.C., Principal St Agnes College. Renee Johnson from final year BSc welcomed the gathering. The Principal addressed the gathering and unveiled the trophy. Dr Ita Gonsalves, IQAC Co Ordinator,Mrs Emima David ,Dean of science, Mrs Prajwal Rao ,Staff Co ordinator and all heads of the departments were present. Ashwija,The Vice President of Science introduced the fest.There were 13 events conducted by different departments by the event head with the guidance of the faculty. The programme was compered by Akanksha Jadhav and the vote of thanks was proposed by Mayakshi of III BSc. The students enthusiastically participated in all the events and the over all championship was bagged by II BSc MZC. 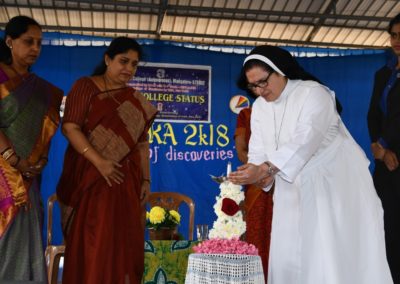 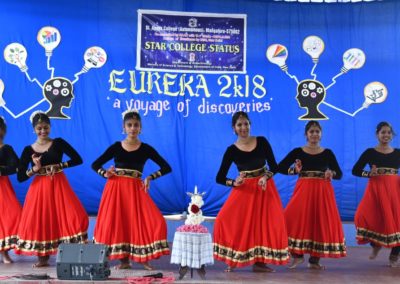 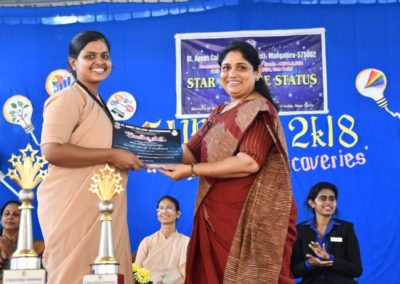 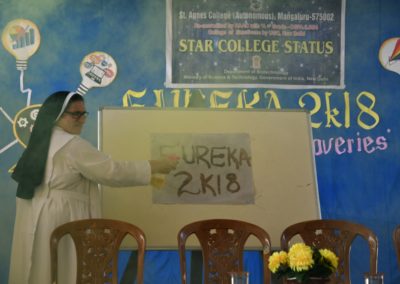 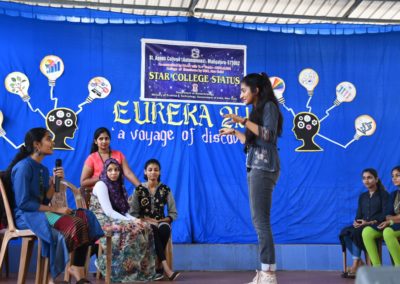 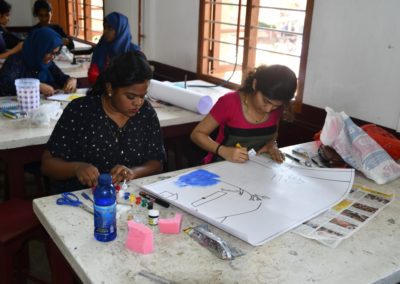 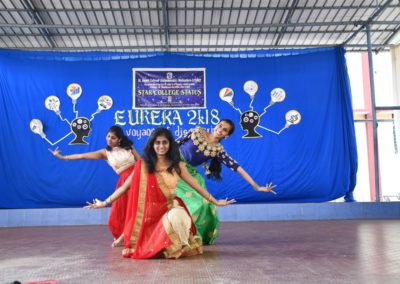 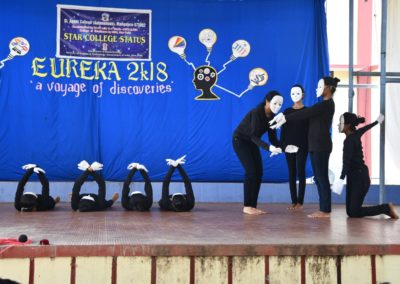 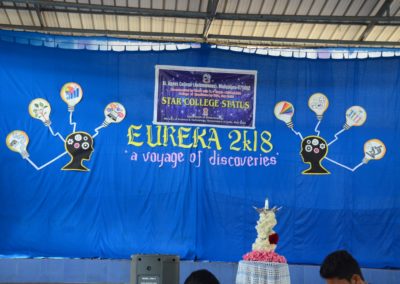 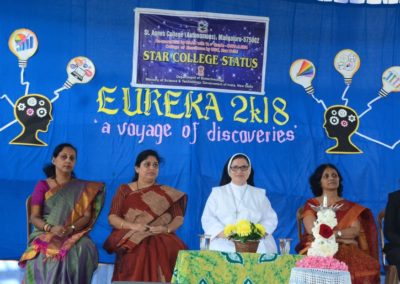