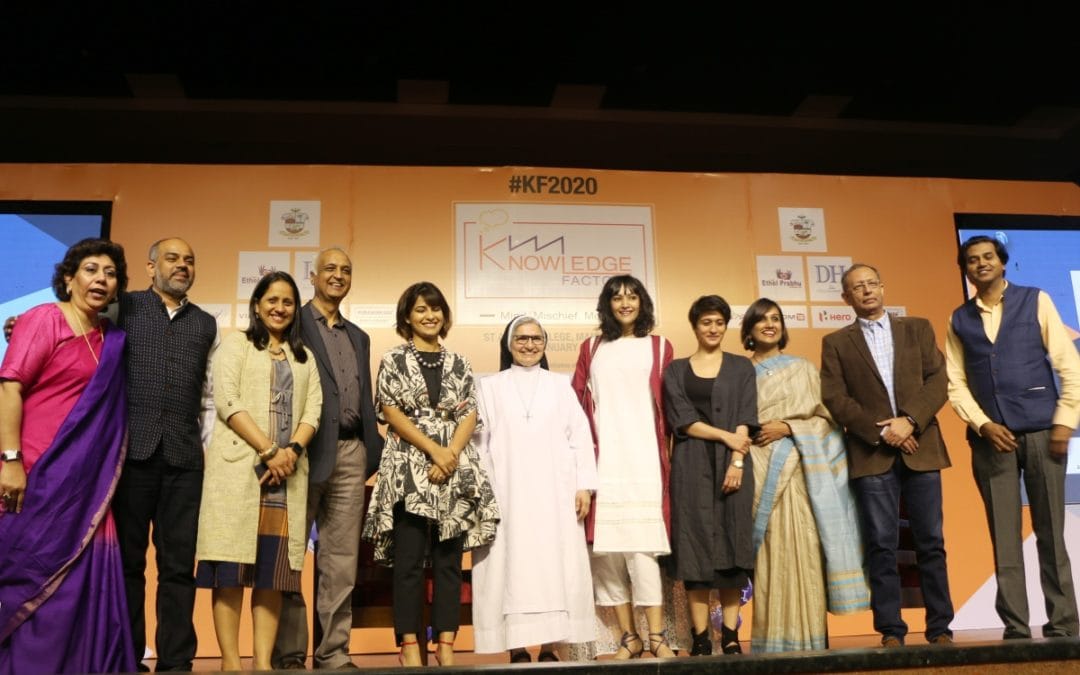 The session began with Indian Pistol Shooter Heena Sidhu, speak about the challenges she faced in her journey to become ‘World No 1’.

“The journey is more beautiful that the destination,” she exclaimed explaining how shooting is a sport that works against the physics of one’s body. “We as human beings are designed to move around, but shooting requires one to standstill. To achieve stability one needs to put a lot of hard work,” she said.

When questioned about her decision to pull out of the 9th Asian Airgun Championship held in Iran, which asked the sportswomen to wear Hijab, Sidhu pointed out that she is not against any religion. However, imposing someone to do something goes against the ethic of sports.

“Sports is one field that is still pure today, as its only hard work that gives the outcome. Sports does not see ones background, religion, socio-economic status or political inclinations. It only gauges a person based on his/her performance,” she said.

She further added that there is a disparity on how people focus on a child’s education and a child’s sport. “Parents today make all ends meet to ensure their child is educated. However, look for support outside, when it comes to encourage a child in a sport. There is a need to give importance to sport, similar to education for the country to thrive,” she said.

She also suggested that the government issues guidelines to schools to adopt three to five sports and ensure that students train in them.
In an interactive session with journalist Manasi Paresh Kumar on ‘Decoding the maverick intellectual – Girish Karnad’, theatre personality and actor Prakash Belawadi called Karnad a ‘true liberal.’

He highlighted that Karnad was a thinker of ancient Indian philosophy. Though Sangh Pariwar thought he has a conflict with ‘Hindusim’, Karnad’s actual conflict was with Brahmanism.

Speaking about the Citizenship Amendment Act (CAA), Belawadi pointed out that he is against the Act for other reasons. “The neighbouring countries won’t take back the refugees,” he said.

He said that the then Prime Minister Indira Gandhi had acknowledged that Bangladeshi refugees cannot be absorbed as India is a poor country. Even North-East part of India was up in flames in 1978, demanding eviction of refugees. While protests in North-East India are understandable, what is the demand of the protestors who are holding anti-CAA rallies across India? he questioned.

He also said that any book that is written with conviction will never be forgotten. Karnad’s play ‘Tughlak’ continues to be a classic. However, there are possibilities it would have been banned if published today.

Stressing that fashion has become a polluting industry, Tula stressed on buying quality products that can be used over a longer period of time. She also said that renting and subscription models for clothes are great options for those who are keen on being seen with varied wardrobes.

Meanwhile, Dipannita said that as a celebrity there are notions that one should not repeat clothes. However, I am not hesitant to say, I borrow clothes from designers and return to them after use. These are somethings that a celebrity may not openly say, but it’s important for the young generation to know.

Swati Pandey, co-founder and CEO of Arboreal spoke on her entrepreneurial journey in production of an innovative, high-yielding variety of Stevia sweetener.

While Kedia stressed the reason for starting Better India which celebrates change makers and spreads positivity was in response to the gap created by media sensationalism, Buch stated that today popular stars don’t matter but the content they present matters. This is the main reason people prefer online streaming services as they get a control the content they can choose to watch.

Singer and composer Nandini Sirkar, spoke on the ‘Art of the Jingle’ and how music in advertising industry has succeeded in making an impact.

Thyrocare Technologies founder and chairman Dr Aroklaswamy Velumani advised students to focus, learn, grow and enjoy. He shared his life story on how he managed to set-up an empire by starting from absolute zero. He said he does not shy away from his humble background, where he was hungry due to poverty, slept at VT station when he first came to Mumbai. “I have been a thrill-seeker all my life and to grow one needs to take risk,” he advised.

Sr Roopa and Bansi were the winners of lucky draw.

“The sessions were truly enriching. The speakers shared their thoughts and ideas enabling a culture of learning,” said College Principal Sr Jeswina A.C

The ‘Knowledge Factory’ is held as part of St Agnes College’s centenary year celebrations. It is first of the five mega centenary programmes that St Agnes College has envisaged. The Promise Foundation and Niiti Consulting, two organisations headquartered in the national capital under the mentorship of veteran journalist Madhavan Narayan collaborated with the college to bring this event to Mangaluru for the first time. 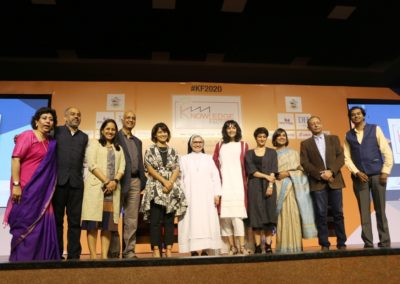 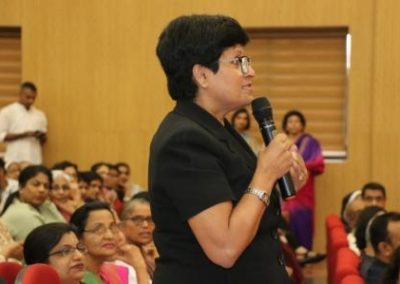 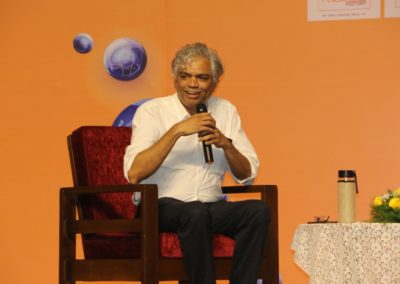 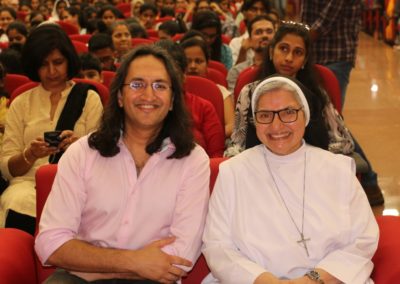 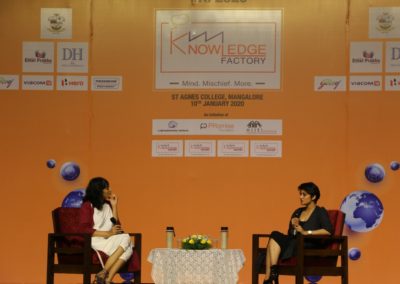 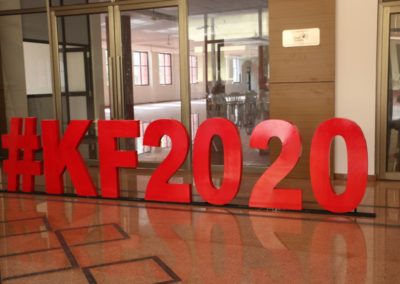 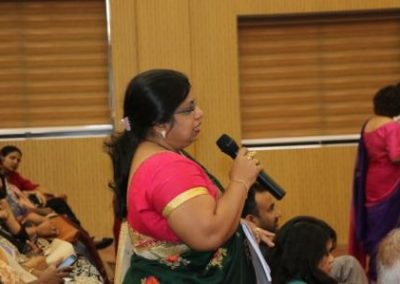 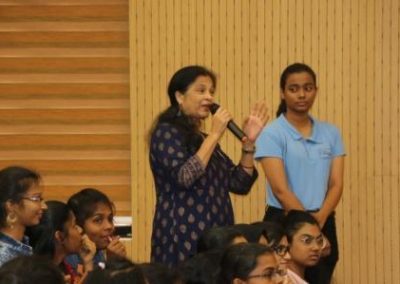 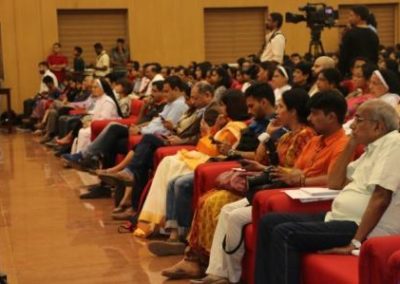 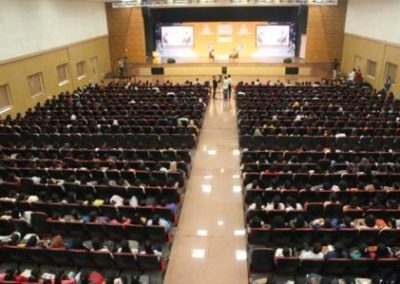 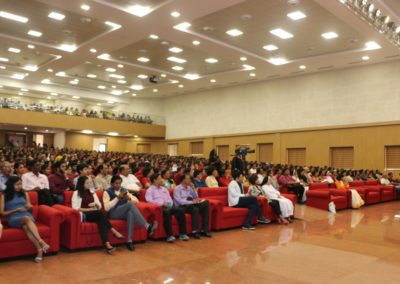 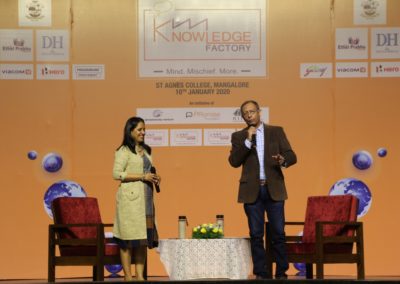 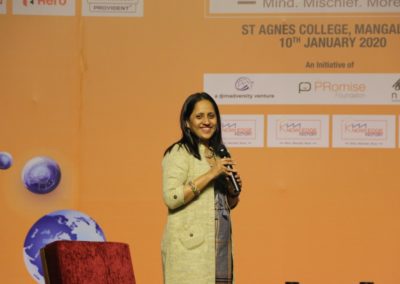 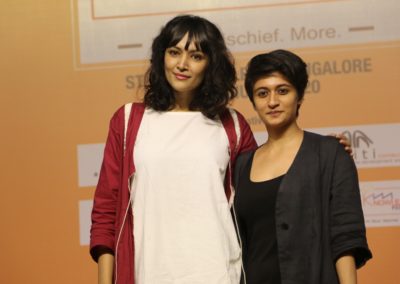 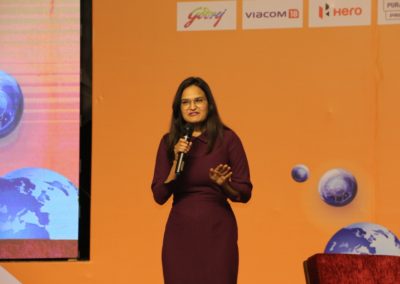 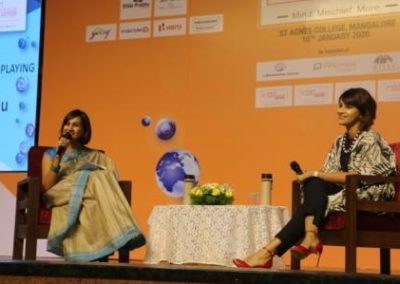 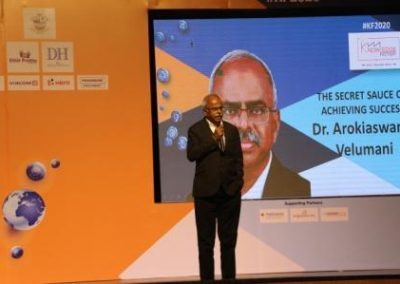 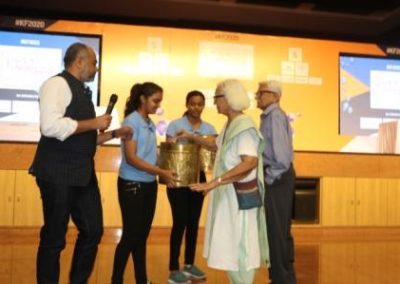 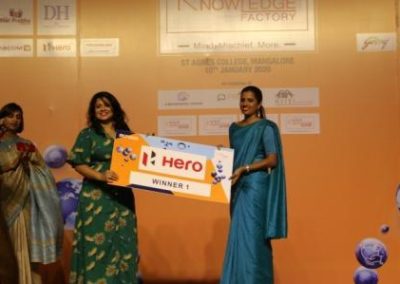 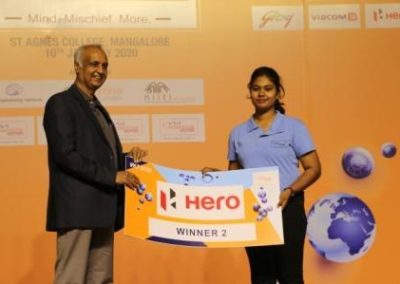 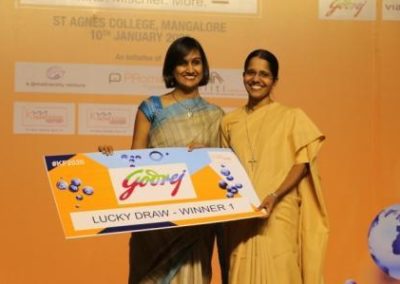 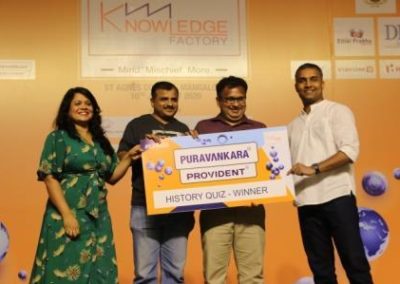