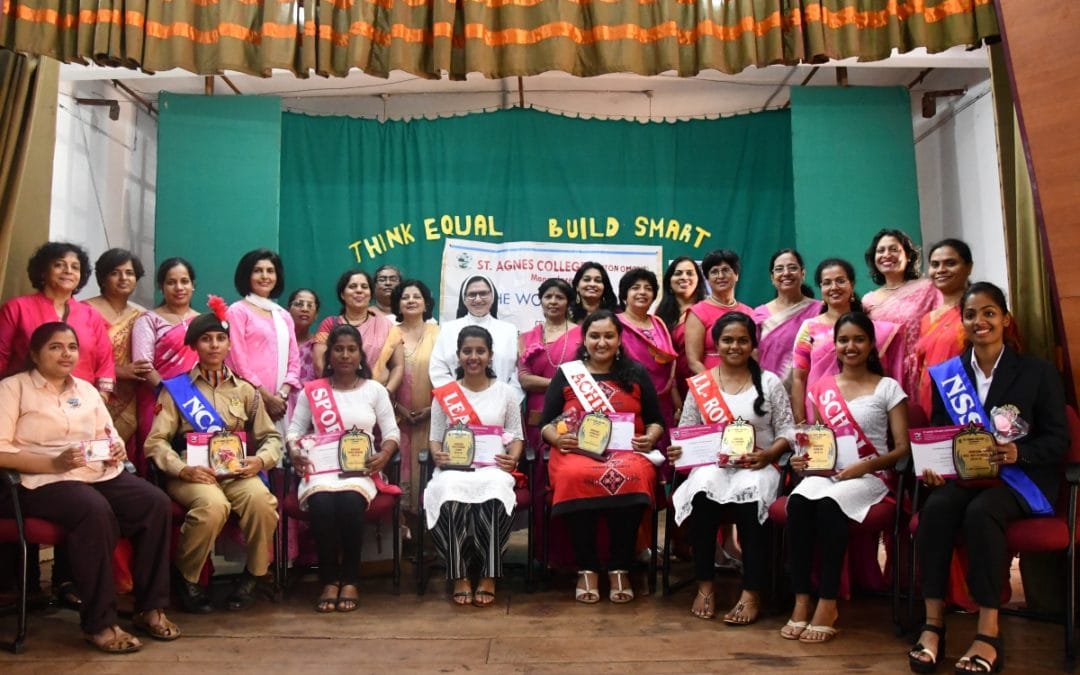 The Alumni members inaugurated the program by lighting the lamp, symbolizing the importance of womanhood, and the need for gender equity.

Ms. Meghana, III B.A, a visually handicapped student who excelled in academics, with a distinction was honoured by Ms.Edith D’Souza .

Ms.Ladleen Janisha Monteiro, III B.Com, Student President for 2018-19, was conferred the Agnesian Outstanding Leader of the Year Award. The Award was instituted by Ms.Carol Pais Coelho in honour and memory of her parents, Mr. Philip and Mariette Pais.
The award for the Most Talented Student of the Year went to Ms.Navya Margaret of III B.A. This Award is instituted by Ms.Marjorie Texiera.

The Agnesian Scholar of the Year Award went to Ms.Tania Leena D’Souza, III B.Com.The Award has been instituted by Dr. Meera Aranha.

Ms.Lashwitha , III B.Com was the recipient of the Agnesian Sports Woman Award, instituted by Ms.Daisy Menezes Coelho.
The Agnesian award in the field of NSS was awarded to Ms Shikshitha of III B.Com. This award was sponsored by Mrs. Usha Fernandes.

Agnesian award for the best NCC Cadet was awarded to Ms.Swathy Shetty, III B.Sc. This award  has been sponsored by Mrs.Saramma Jayaraj.

The Agnesian Outstanding Multitalented Performer Award was bagged by Ms.Manasvi Rao II MA. This award has been sponsored by Ms.Lyra Pinto.

The Awardees were presented with sashes, mementoes, certificates and flowers. Sr.Dr.Jeswina addressed the gathering and highlighted the significance of the day.

On behalf of the Awardees, Ms.Ladleen Janisha Monteiro expressed her gratitude. Ms.Geanette D’Souza, Vice-President proposed the vote of thanks.

Ms. Usha Fernandes compered the programme. The programme ended with the national anthem. 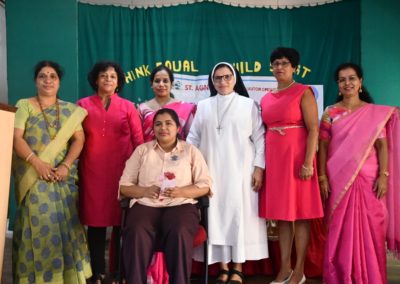 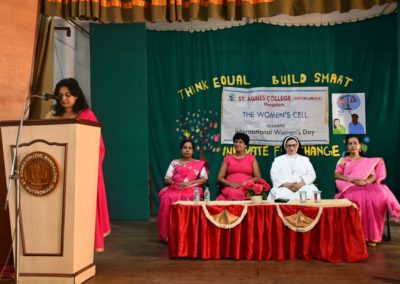 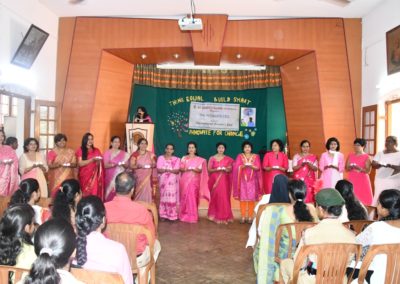 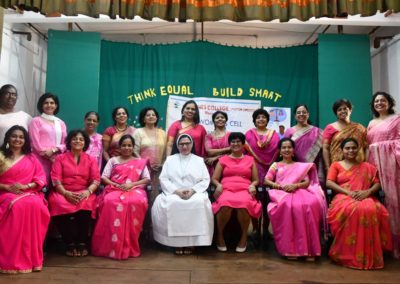 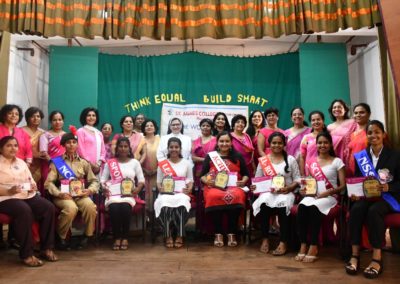 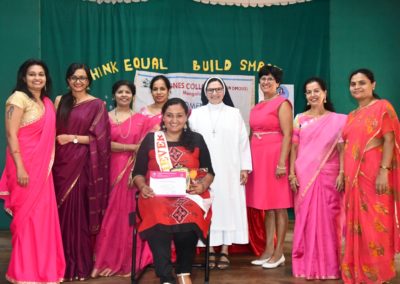 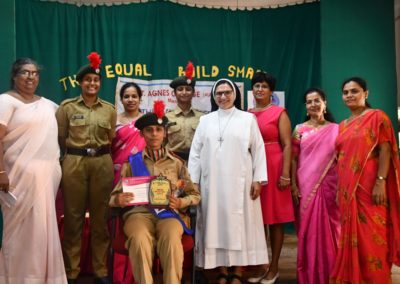 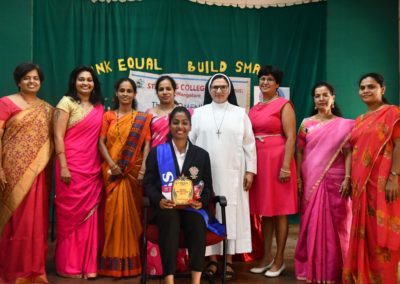 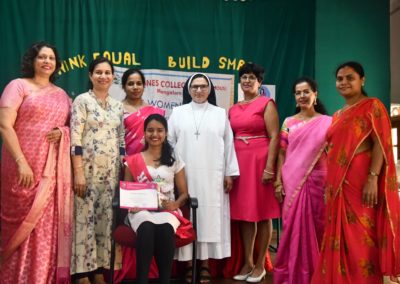 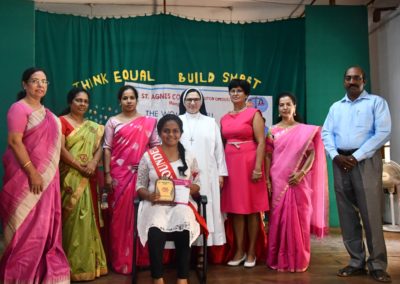 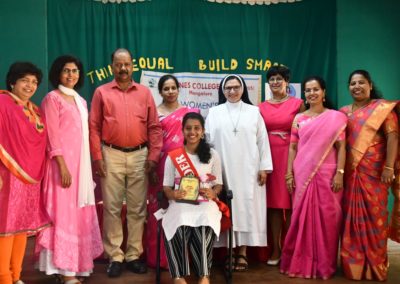