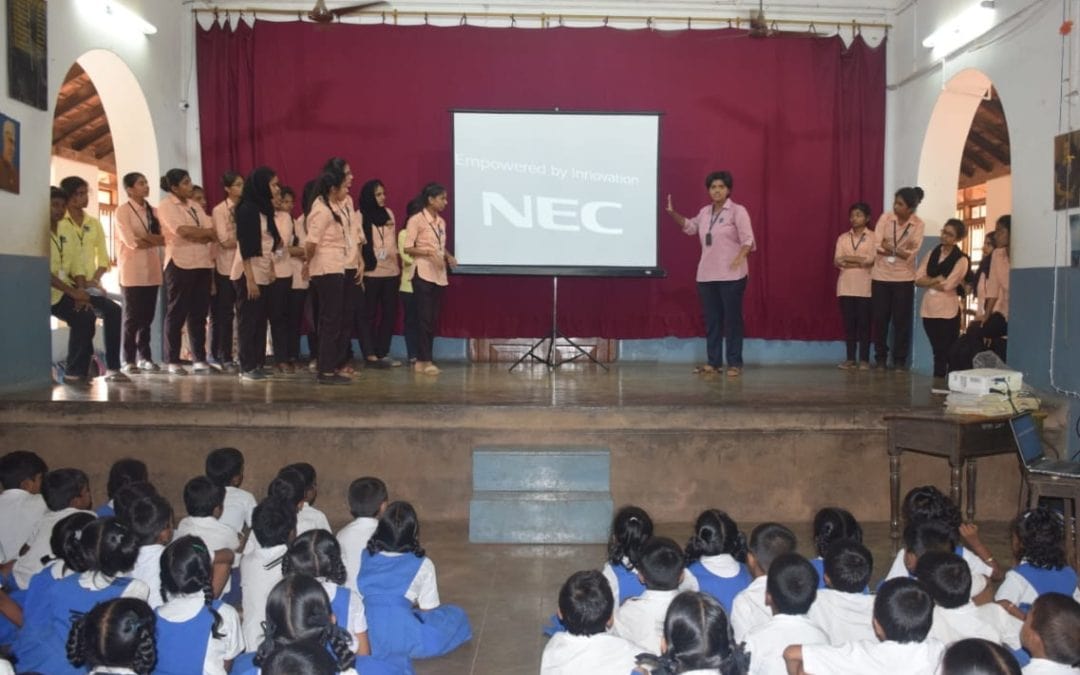 Information through power point presentation, diagrams and dramatic display was given to students.

Students from 1st standard to 7th standard attended the session. Light was thrown on the superstitions that exists and scientific reasons were givenregarding the same.

Demonstrations were done using mirror and other equipment’s .Students were given a brief of the effects of solar eclipse. At the end there was a question answer round ,numerous students clarified their doubts on this matter.

Ms Rakshitha elaborated the process of solar eclipse in English while Ms raksha explained the same in kannada. All the members of Science forum actively took part in the session along with the primary students. 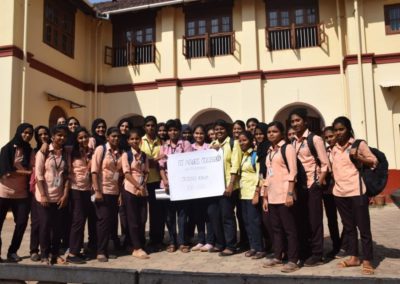 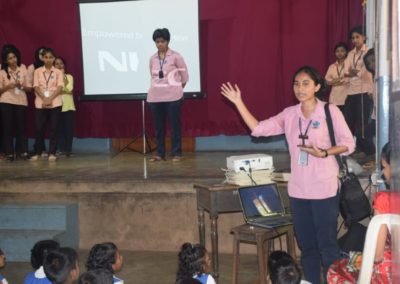 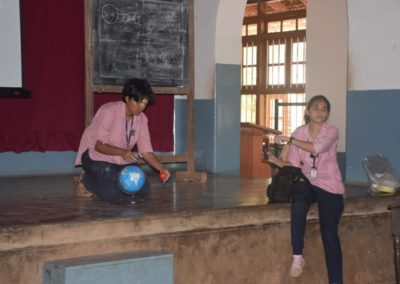 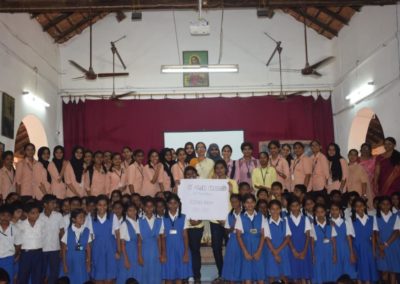 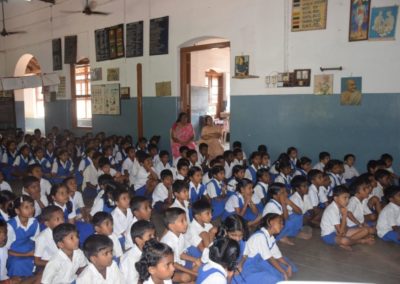 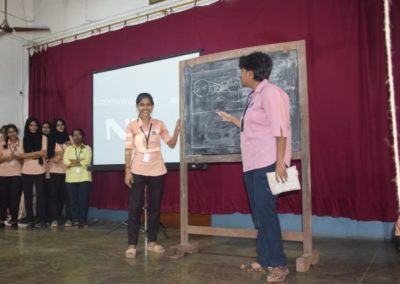 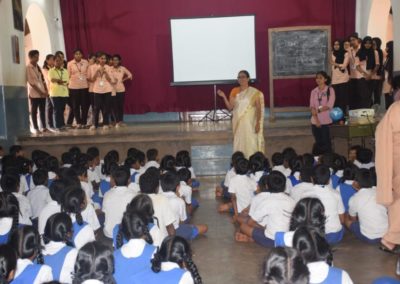 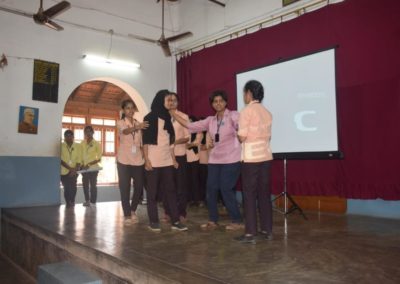