The post graduate department of Psychology of St Agnes college conducted a panel discussion on honor killing that was led by Mr Anirudh Ramesh.

Hail started the discussion by giving an introduction on honor killing and introducing the panelists along with their topics. The first speaker for the discussion was Aishwarya and her topic of discussionrevolved around the portrayal of honor killing by media. She emphasized on how media displayed honor killing specifiying how the news channels depicted honor killing in a way that attracted the audience bymanipulating the truth and not revealing it . She proved her point by presenting various examples of cases that happened in India which included The ArushiTalwar case, Jessica Lal case, Rahman case and many other cases that supported her point.

The next speaker was Rajeshwari from 2ndMsc, she spoke about the portrayal of honor killing in movies. She spoke aboutthe movies Sairat and Gadhare- Ek Prem Kahani to prove her point. She mentioned that in most movies, they display cast difference more than the real life incidents of honor killing and that they also manipulate the real story in order to attract more viewers since they prefer a happy ending , which leads to the reality being neglected and hidden.

Sahasra, the third speaker of the day began her discussion by presenting cases on honor killing ,revealing shocking incidents of how honor killing has evolved from the past to the present and how it still continues to be a serious threat. She proved her point by presenting statistical data . One case that she presented was the Manoj-Babli case which was the first case in which the persecutors were punished for the act of honor killing. Another case that of a gay man who was killied for opening up about his sexuality. Thus proving that honor killing can be a threat for people belonging to the LGBTQ community.

The discussion was made interactive by encouraging the audience to speak up about their views and opinions about the topic. The discussion became more intense when the audience expressed their opinons and further disscued about it in a sportive manner.The Head of the department, Dr. Premanad presented his valuable points and clarified the doubts that were present during the discussion. Finally , the discussion was concluded by Mr. Anirudh Ramesh suggesting points for improvement. 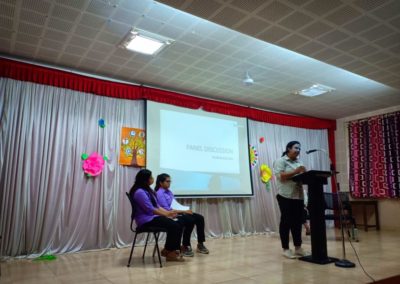 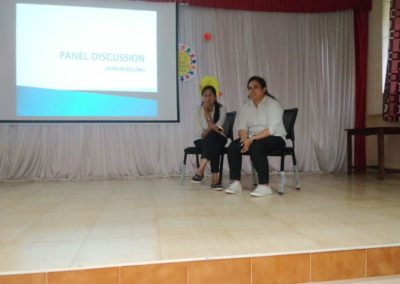 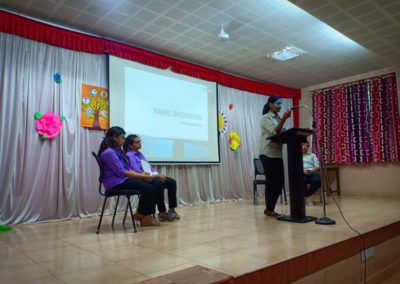 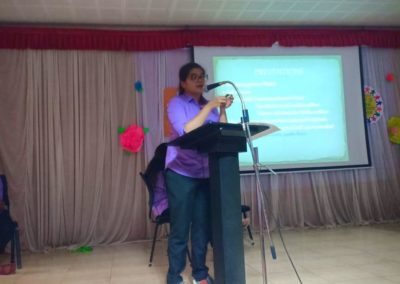 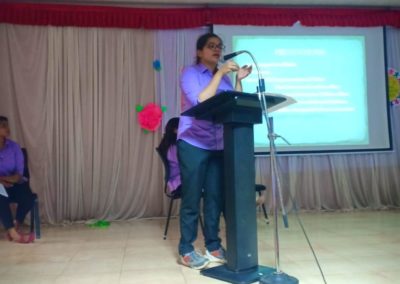