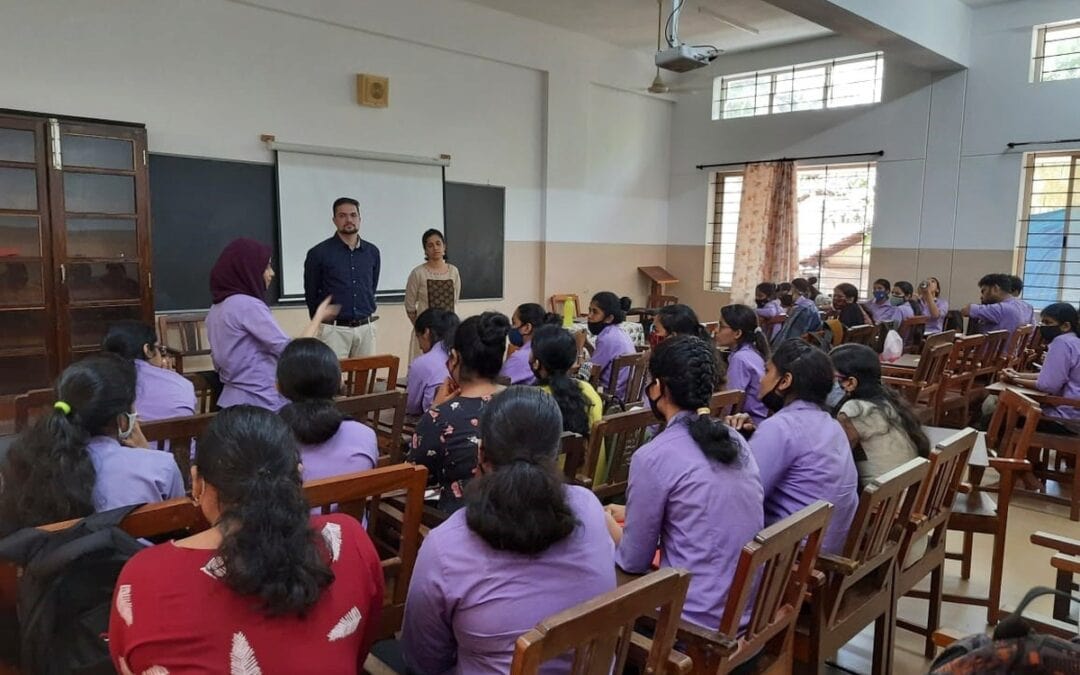 The session commenced at 9 am with Placement officer, Mrs Lawren Castelino introduced the resource persons Mr Jeswin Castelino and Mrs Lavisha Castelino of today’s session. Ms Melita and Ms Rishel students of M.Com lead the gathering into prayer. Mrs Lavisha Castelino began the session by organizing a ice breaker activity and made an introduction on different stages of an interview process followed by brief explanation on how to prepare a resume and CV by Mr Jeswin Castelino and the second session commenced at 11 am on how to face an telephonic interview as well as how to participate in an group discussion.

The second half of the session began at 12.30 in the noon. The audience were divided into two groups and were provided with a practical session of group discussion. The first group were asked to discuss on the topic ‘Farm act’ while the second group had to do a group discussion on ‘Decriminalization of Homosexuality’. The time period for the discussion was ten minutes each. Feedback was asked at the end of the session.

Next, Mr Jeswin Castelino took up the topic ‘Personal Interview’ and shared a few points and tips with the students. He also focused on how a person must dress up for an interview as well as ones body language. He also shared the common questions asked during an interview and how one could answer it.

Mr. Jeswin Castelino concluded the seminar at 2.30pm elaborating on the appropriate telephone and email etiquette to be followed in a corporate office.

The session ended successfully with a question and answer session and Mrs Rishel D’Souza thanked the resources person for the day. 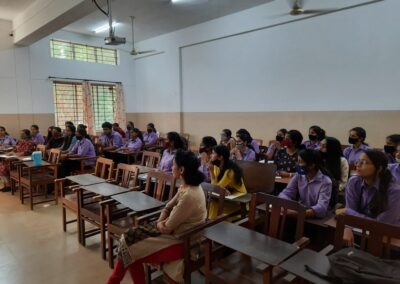 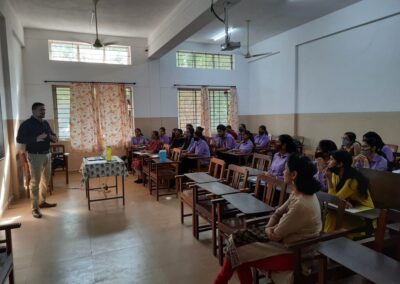 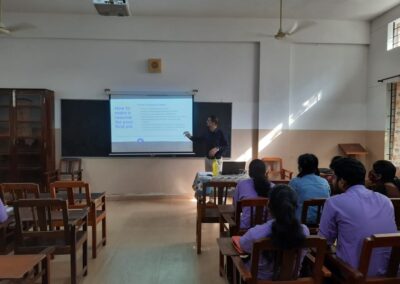 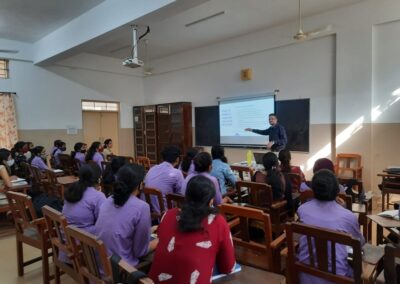 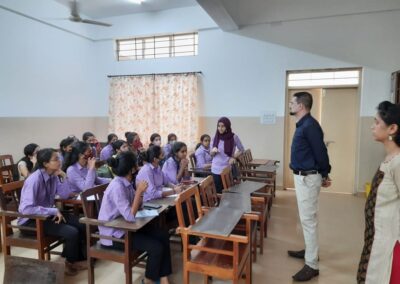 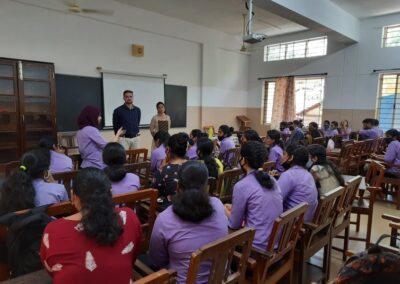 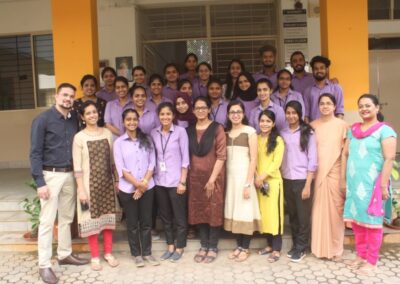 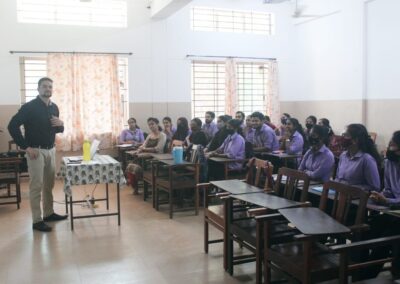