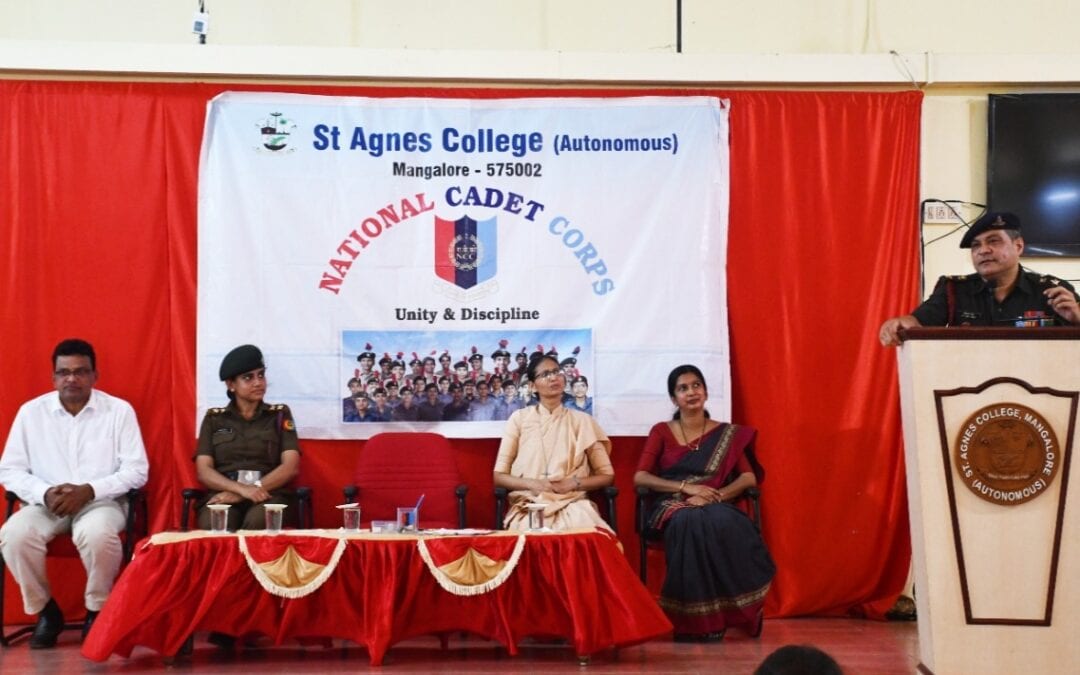 The Rank Ceremony for the NCC Cadets was held at St Agnes College (Autonomous) Mangaluru on 28th January 2021. Lt. Col. Amitabh Singh, Administrative Officer, 18 KAR BN NCC, MANGALURU was the Chief Guest. The programme was started by invoking God’s blessings. The dignitaries were welcomed by Lt. Gayathri B.K, ANO of Army Wing. Ranks were conferred to the cadets of both Army and Air wing by Lt. Col. Amitabh Singh the Chief guest and Sr Dr M Venissa A.C. the Principal. Rank of Senior Under Officer rank was conferred to Bhagyashree and Junior Under Officer rank was conferred to Ananya, Ranks of Company Quarter master, Sergeant ranks (Five), Corporal ranks (Ten) and Lance Corporal ranks (Ten) were conferred to the cadets of Army wing. Rank of Cadet Warrent Officer was conferred to Neha S Rao, Sergeants ranks (Three), Corporal ranks (Three) and Leading Flight Cadet (Four) ranks were conferred to cadets of Airwing. The Chief Guest addressed the gathering with his words of wisdom and past experience. He spoke about the current situation in the world due to the Covid 19 pandemic and how all have been successfully able to cope with it. He also congratulated the cadets for their achievements and motivated them to take up careers in defence forces. Sr Dr M Venissa A.C, the Principal of St Agnes College, in her presidential address inspired the cadets to reach their goal and fulfill their dreams. The vote of thanks was proposed by Dr Hithakshi Anand, ANO of Air wing. Cadet Trisha Shetty compered the programme and the programme was concluded by singing the NCC song. 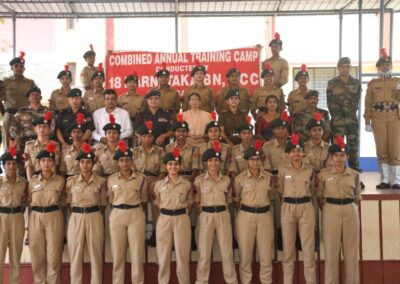 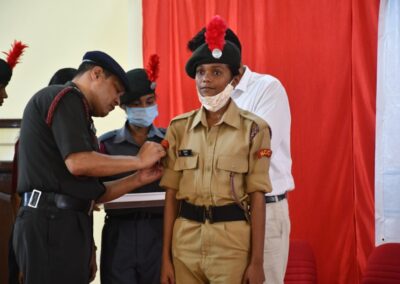 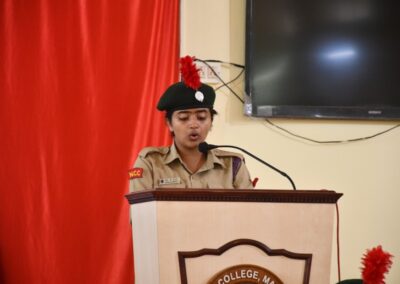 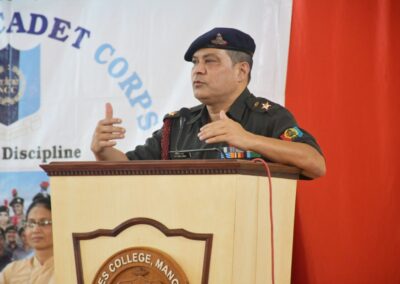 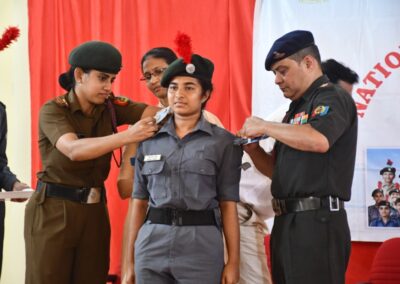 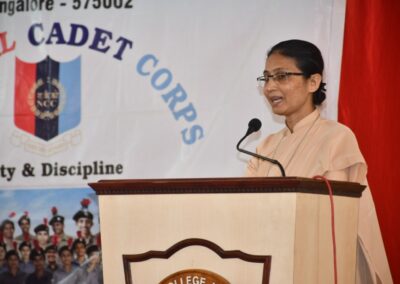 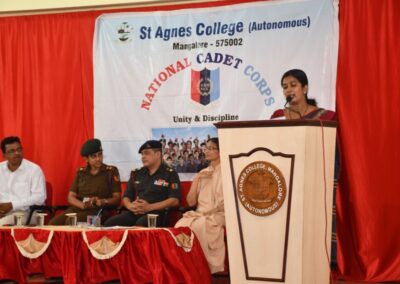 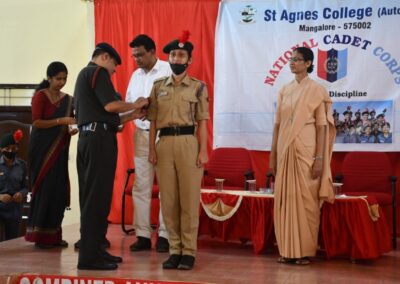 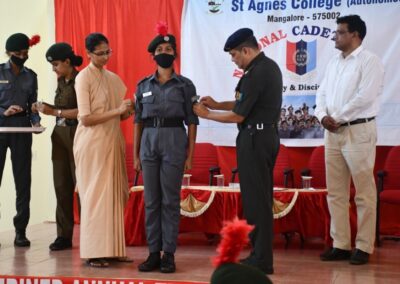 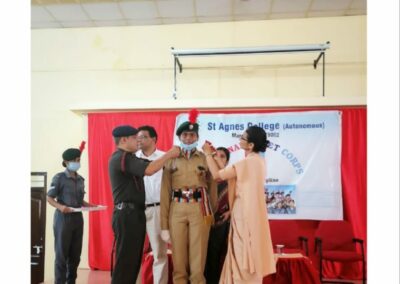 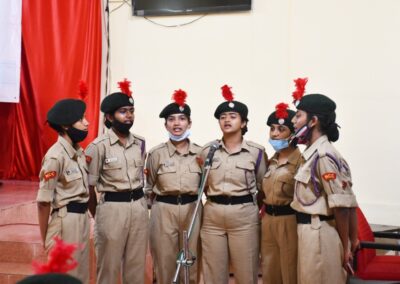 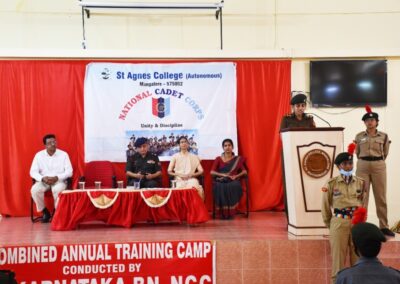 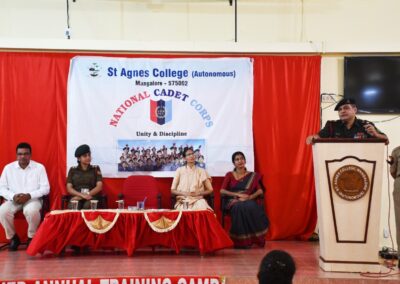 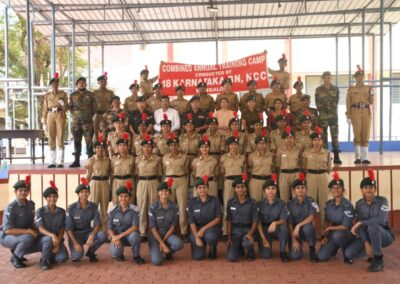 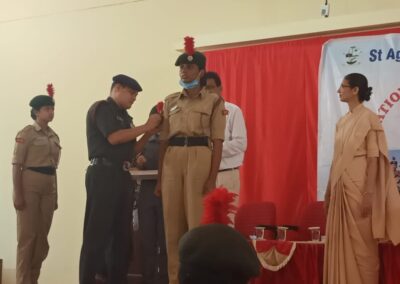 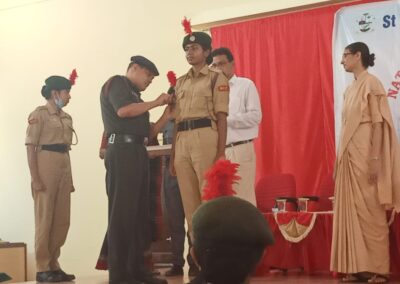 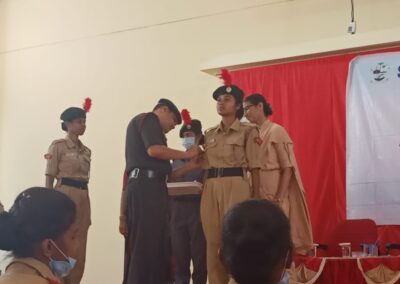